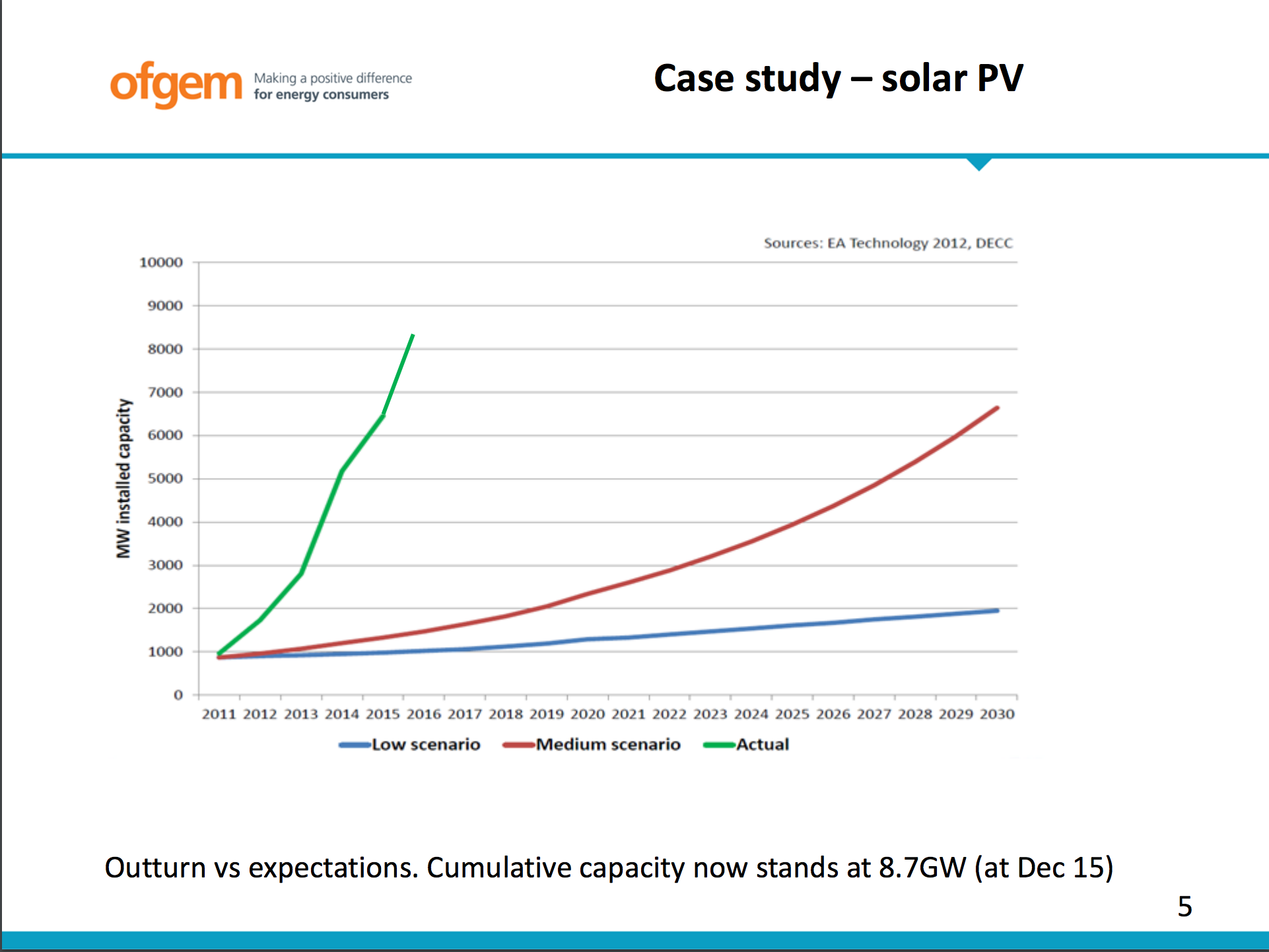 When will the government catch up with the will of the people?

It is looking good for solar in the UK, despite reductions in subsidies and feed in tariffs.

A fascinating graph appeared at a recent ofgem (The Office of Gas and Electricity Markets) presentation. These projections are specifically for the UK.

It shows the official government projections regarding the installation of solar PV, (the red line) and the actual installation, the green line.

Could it be, and this is a genuine question, that due to the intense lobbying from the fossil fuel industry, using arguments like ‘security of supply’ and ‘managed transition’ why the official projections were so hyper slow.

Anyone with first hand knowledge of the solar industry knows how installation of large scale solar plants is rapid, the panels are cheaper, the income from such a plant is regular and impressive, with or without subsidy.

Globally, increases in solar PV are astronomic, we’re still way behind, but when big fossil have the very sympathetic ear of your government, your projections can look a bit dopey.

We could be 100% powered by renewables, it’s not me saying this, it’s 1,000’s of energy specialists, engineers and grid managers.

If you listened to our current government you’d believe, as you are endlessly told, that we need to burn gas and nuclear fuels for at least the next 100 years.