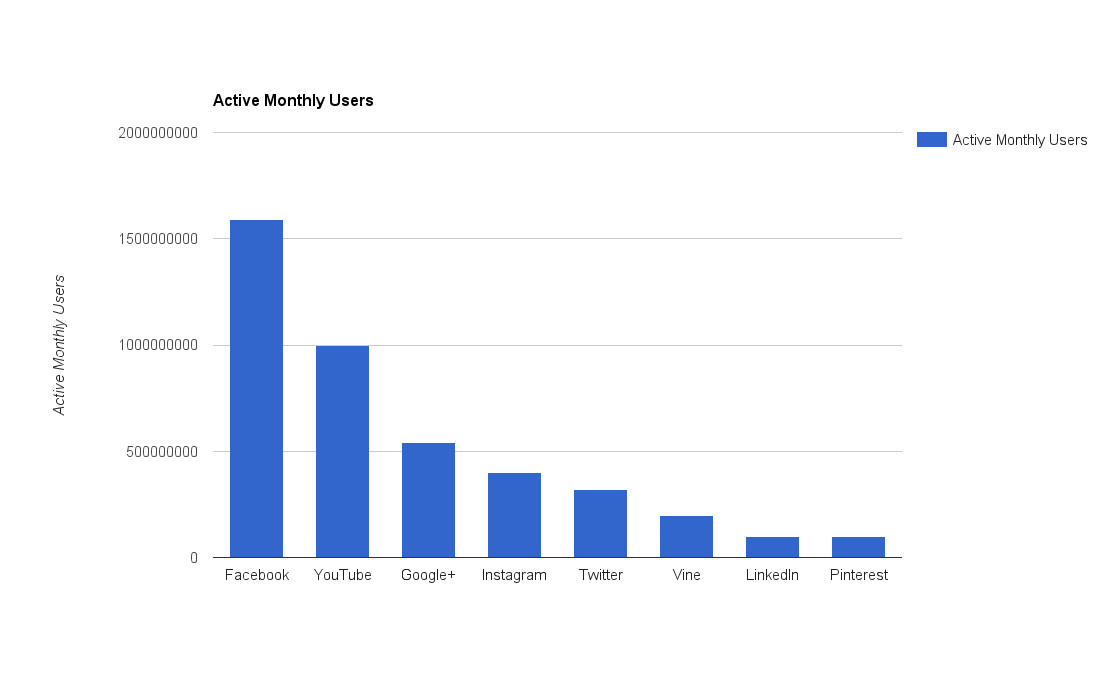 Do the numbers really matter?

I was spurred on to write this piece for the local paper following the most recent usage figures released by Facebook (h/t Mike Allton, who maintains a page dedicated to comparing all of the social networks and whose figures I used to create the graph below).

Any figures released by any companies about themselves are going to be biased towards the company releasing the figures. More than that they also don’t give you a complete picture…