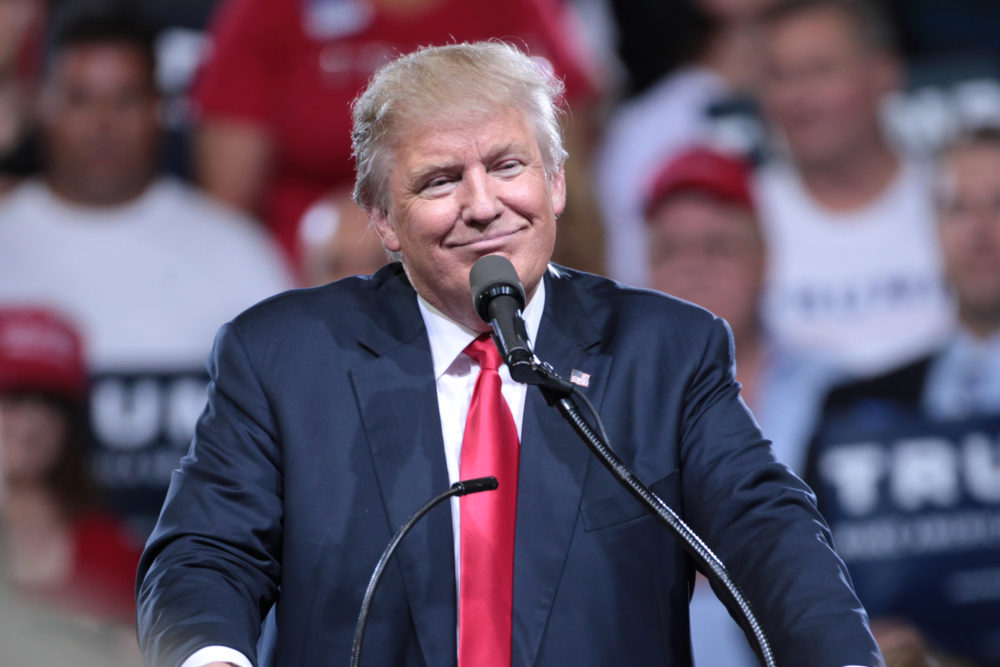 Are you fed up hearing about Trump?

Trump is in the news constantly, not just in the US, but everywhere. In the UK there is something about him every single day. The UK media are obsessed with him and the things he says and does.

Well I for one have had enough. There are other news stories in the world and the word trump is not and should not be synonymous with one person.

The Meaning of Trump

Here are the dictionary definitions of the word trump, taken straight from the Oxford Dictionary.

Noun
(in bridge, whist, and similar card games) a playing card of the suit chosen to rank above the others, which can win a trick where a card of a different suit has been led.
‘declarer ruffs the opening lead and plays a trump’

Trump is a word used to describe a playing card that is ranked above others. Playing your trump card is the act of revealing your best card and either winning the game, or getting an advantage over the other players. The phrase is used lots outside the world of card games.

If you do a search for trump card, or playing your trump card, you will see pages and pages of stuff about… Donald Trump.

Let’s do something about that and talk about card games shall we? How about starting with this YouTube video about making Top Trump cards?

Verb
Trump can also be used as a verb, to trump someone or to be trumped is beating or being beaten by someone or something. I can see lots of potential for stories that could be shared that fit that criteria.

How about we start with this one about medical foods and FDA regulation?

Trumped by Pharma: The FDA Cache on Medical Foods

Phrases
Trump comes up in lots of phrases too.

Coming up trumps is when you do something really well, or have a really good outcome. So how about we share some stories about some really good things for a change? How have you come up trumps in your life?

How about this positive sporting story from the Emerald Isle.

Trumped up charges hints at another use of the word trump. Trumped up in this sense is to make something up, or to quote the Oxford Dictionary “Invent a false accusation or excuse.” Hmmm, better be careful, or we’ll start talking about Trump and fake news.

What about this article on the Financial Times instead? It would seem to be just possibly, slightly, very important.

Noun
A trumpet or a trumpet blast.

Well now this is rather self explanatory. It’s a noise from a trumpet.

Watch this comedy duet between a trumpet and a tuba. Definitely lots of trumps and not a fake tan in sight!

Related to that is my favourite use of the word trump and I do beg readers not to get it confused with The Donald.

Erm, yes. That could be a good description of somebody, but rather than talk about him anymore, how about we share some jokes instead or amusing comedy sketches in lifts?

On that note, I shall leave you with this video. You really can have anything as a ring tone these days.