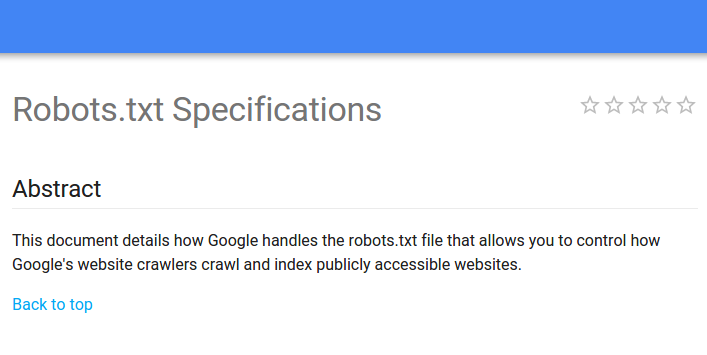 I noticed there’s a bit of confusion on how to tweak a complex robots.txt file (aka longer than two lines :)). We have awesome documentation (of course :)), but let me pick out some of the parts that are commonly asked about:

– Disallowing crawling doesn’t block indexing of the URLs. This is pretty widely known, but worth repeating.

– More-specific directives trump less-specific ones. We look at the length of the “path-part”. For example, “allow: /javascript.js” will trump “disallow: /java”, but “allow: *.js” won’t.

– The paths / URLs in the robots.txt file are case-sensitive.

For non-trivial files, tweaking can be a bit tricky. I strongly recommend using the robots.txt Tester in Search Console – it will pinpoint the line that blocks any specific URL, lets you test changes directly, and is the fastest way to let Google know of a changed robots.txt file on your site. Find out more about the tool at https://support.google.com/webmasters/answer/6062598